Wolfram, the modern Wolfenstein 3D remake, is out. Come and get it to plunge into the total flashback! No sprites – only the real, immersive 3D! 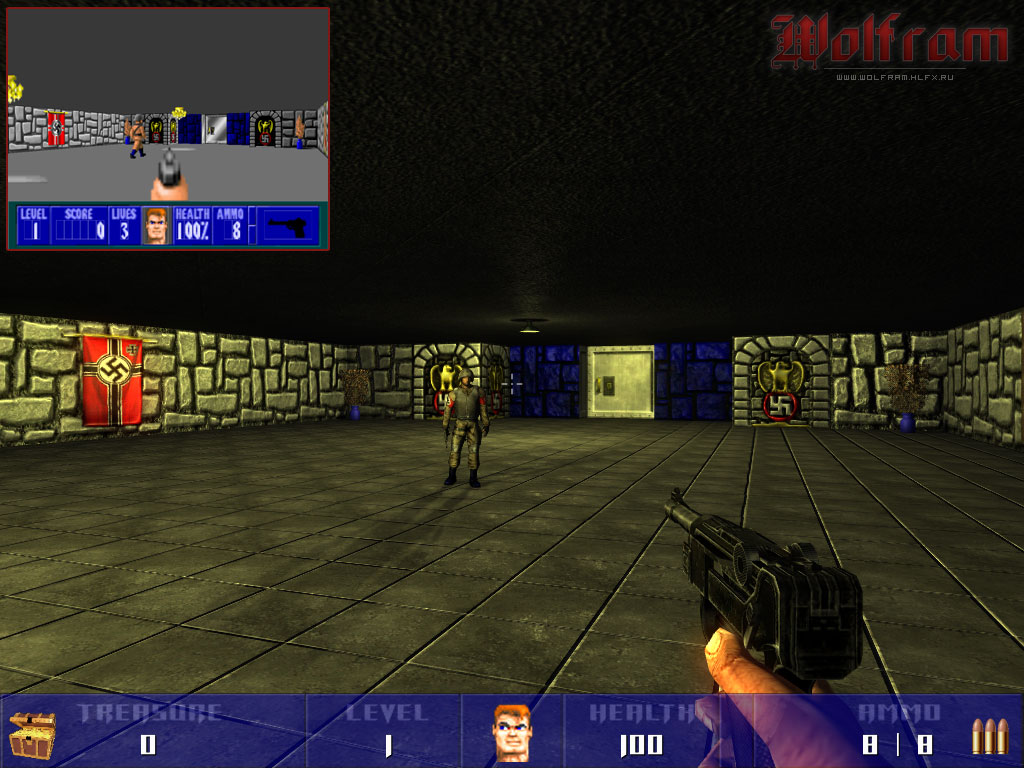 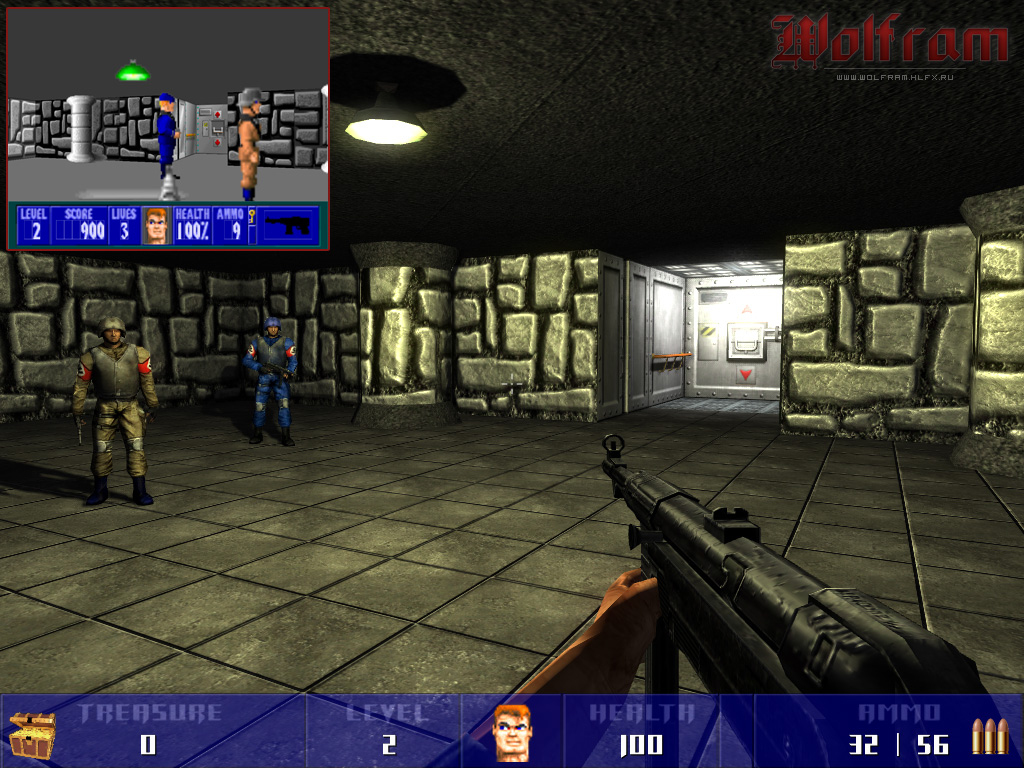 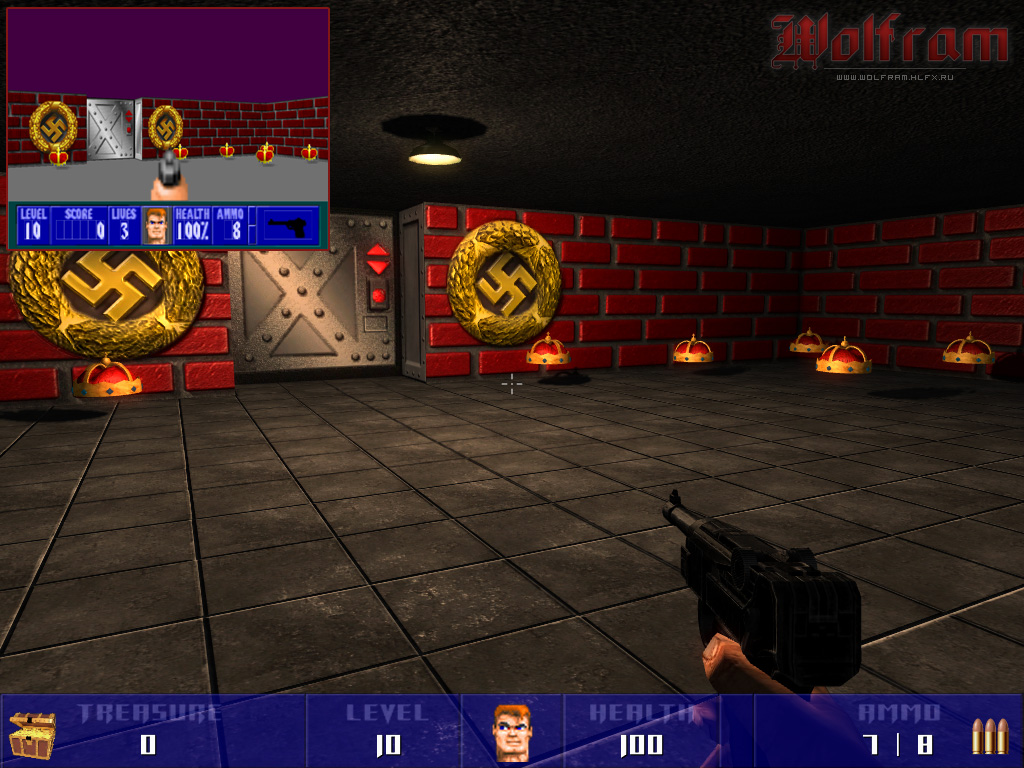 Wolfram, the modern Wolfenstein 3D remake, is finally released after more than four months of hard development. Thank you for patient waiting and watching our game. The game turned out no so ideal as we planned, but we did our best, and hope you like it.

There are three versions of Wolfram available: European, US and Russian. European version has been cut a little bit and does not include any Nazi symbols. The language is English. It is intended for those people who can be insulted by such the inappropriate content, or whose country’s laws forbid it. US version is the full English version of the game with Nazi symbols, just like the original Wolfenstein 3D. And the last, Russian version, is also the full version, but it’s language is Russian.

Minimal system requirements are: 1 GHz CPU, 512 Mb RAM, video card with 64 Mb onboard video memory and latest drivers (integrated video is not recommended). However, for the best game performance, a modern multi-core CPU and a powerful NVIDIA or AMD graphics card are recommended. You also need 200 Mb of uncompressed hard drive space to install the game (not including space for screenshots and savegame files).

We are very interested in and grateful for any user reviews, or general comments about Wolfram. You may post them, along with bug reports (hope there will be few) or your personal achievements, or whatever, at the profile’s page. Thanks for downloading and playing the game!